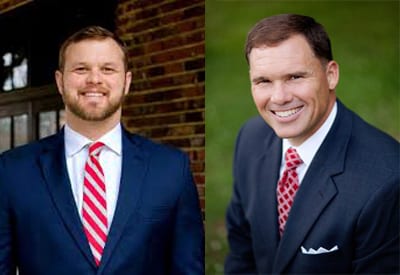 HIAWASSEE, Ga – The recount of the August 11 runoff confirmed the original results with Bo Hatchett winning the majority of the vote. He even picked up a few in some counties.

Stacy Hall, who requested a recanvassing, announced that he had conceded the race just before 8 p.m. on social media.

“With nearly 25,000 votes cast and only 38 votes separating us, today’s recount confirmed it was a very competitive race but it’s time to put the campaign to rest.  I’m incredibly grateful for the dozens of committed volunteers who worked so hard throughout my campaign and for the thousands of voters who put their trust and confidence in me.  A special thank you to my wife, Ivy Copeland Hall and my family who stood beside me through it all. I am proud to have run a campaign of integrity anchored by issues and facts.”

All eight counties in District 50 began recounting ballots on Monday, August 31 at 9 a.m.

Hatchett declared victory on August 18, week after the runoff election, but Hall held firm to his right for a recount given the narrow margin separating the two candidates.

The recount revealed that Hatchett picked up a few votes in Towns (2) and Franklin (2). The only county Hatchett carried was his home county of Habersham. Hall also lives in Habersham and serves as Commission Chair. However, Hatchett’s landslide win in Habersham was enough to propel him over the top.

Now, Hatchett will move forward to the General Election in November. He will face Democrat Dee Daley for State Senator John Wilkinson’s seat. Wilkinson opted to run for Georgia House District Nine and lost in the primary. Andrew Clyde won the runoff in that race and will face Democrat Devin Pandy.