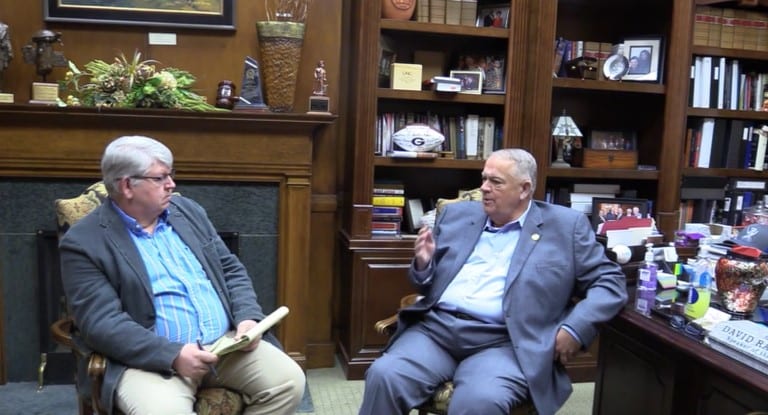 ATLANTA – Speaker of the House David Ralston (R – 7) commented on the General Assembly’s accomplishments for the 2021 session.

Starting off with the hottest issue of 2021, Ralston stated that he was “very pleased” with the Election Integrity Committee’s work. Chaired by Barry Fleming, they reviewed numerous bills submitted by Republicans and Democrats until the final version of SB 202 was passed. It added two optional Sunday voting days into Georgia law and added another mandatory Saturday.

“I expect many rural Georgia counties won’t vote on Sundays,” Ralston commented, adding that rural Georgians go to church and eat with families on the Sabbath. Also, some smaller counties might have issues staffing polling places on Sunday. 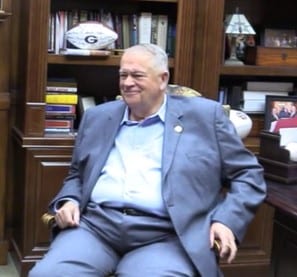 The reason the legislature didn’t touch no-excuse absentee voting in SB 202 is their legal teams warned against it. A Republican General Assembly added no-excuse absentee ballots to Georgia Law not long ago and removing it now threatens the entire law being declared unconstitutional.

Ralston explained that they were tasked to produce the safest bill that will stand up in court and he believes this one will.

As for the recent disagreements with Coke and Delta, the Speaker of the House expressed his disappointment with the organizations. However, in a cheeky response to Coca-Cola delivering drinks to Georgia state representatives, he said, “Pepsi is pretty darn good.”

He spoke more about Delta and how previously the company lobbied for and received jet fuel tax breaks. The General Assembly wanted to work with Delta as one of the top private employers in the state, but that relationship might not continue with several representatives prepared to remove Delta’s tax break next year.

Ralston commented not all Georgia businesses are taking Delta and Coca-Cola’s stance, calling attention to balanced statements from the Atlanta Chamber of Commerce, Georgia Power, and The Home Depot.

As for Major League Baseball moving the All-Star Game from Truist Park, the Speaker wanted to know if MLB intends to move out of New York. The state has more restrictive voter laws than Georgia.

“If you’re going to place this righteous game, you’ve got to be careful,” Ralston stated.

In a talking point heard from Governor Brian Kemp (R) as well, Ralston again outlined how campaigning isn’t allowed within 150 feet of a polling location. The food and water provision was included to prevent campaigns from handing out “vote for candidate X” labeled water or candy bars. They’re welcome to do so outside of 150 feet, and once a voter crosses the threshold, poll workers can provide them with food and water.

Additionally, the state election board can take over up to three local election boards in a given year, but a gross dereliction of duty and serious mishandling must have occurred. Ralston remarked the provisions will never apply to the election boards in Fannin, Gilmer, Pickens, Dawson, and so on. These boards don’t have a history of negligence like some other counties in the state.

General Assembly also found an additional $37 million for mental health programs in the state. In Blue Ridge, Georgia, the legislature helped to save Mineral Springs, a center for mentally challenged adults to live. Mineral Springs was on the verge of closing its doors, but the funding should keep the organization open now and hopefully in the future.

State employees now have paid parental leave too. Another looking to the future project is the freight and logistics initiative the General Assembly began working on. It’s just the first step, but ultimately it should be a seamless network across Georgia.

Anti-defunding the police bill, sponsored by Representative Houston Gaines (R – 117), made it unlawful for counties or cities to change their law enforcement budget by more than five percent. Ralston added he believes it’s important to support law enforcement right now.