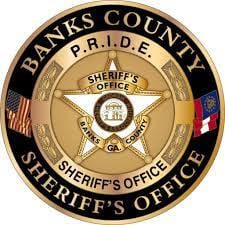 UPDATE August 9, 2021*** Murder Charges Filed***
On August 7, 2021 agents with the Georgia Bureau of Investigation secured warrants for 49-year-old, Larry Steven Grogan of Danielsville, GA for aggravated assault on a peace officer (x2) when he fired upon deputies following a brief vehicle pursuit.
Investigators with the Banks County Sheriff’s Office have additionally secured a murder warrant for Grogan’s role in the death of Asa Wood Jr. The investigation is ongoing and further charges could be forthcoming.
Banks County Sheriff’s Office Homicide Investigation.
On Saturday, August 7, 2021 at approximately 0938 AM, deputies with the Banks County Sheriff’s Office received a 911 call regarding an intentional shooting. Upon deputies’ arrival, they located 59-year-old Asa (Junior) Wood of Commerce deceased from a gunshot wound. Wood, a rural postal worker, was working his morning route when he was fatally shot.
During the course of the investigation, leads were developed and a person of interest was established. Deputies were provided with a vehicle description for the person of interest. While patrolling the area of Hwy 51 North and Bennett Rd, the vehicle of interest was encountered by deputies. Deputies attempted to perform a traffic stop on the vehicle and the driver of the vehicle fled from deputies. During the pursuit, a Banks County Sheriff’s Office deputy performed a PIT maneuver, disabling the violator vehicle. Immediately the driver exited the vehicle armed and began firing upon deputies. Deputies returned fire, striking the offender. The offender sustained non-life threatening injuries and was transported to a local hospital for treatment.
The Georgia Bureau of Investigation was requested to investigate the officer involved shooting as standard procedure. Deputies involved will be place on paid administrative leave pending the investigation.
The Banks County Sheriff’s Office is working in tandem with the US Postal Inspectors, the Georgia Bureau of Investigation and the Banks County Coroner’s Office.
The subject’s name involved in the officer involved shooting is being withheld pending the GBI’s investigation. No further information will be released at this time.
Banks County murder sheriff deputy shooting