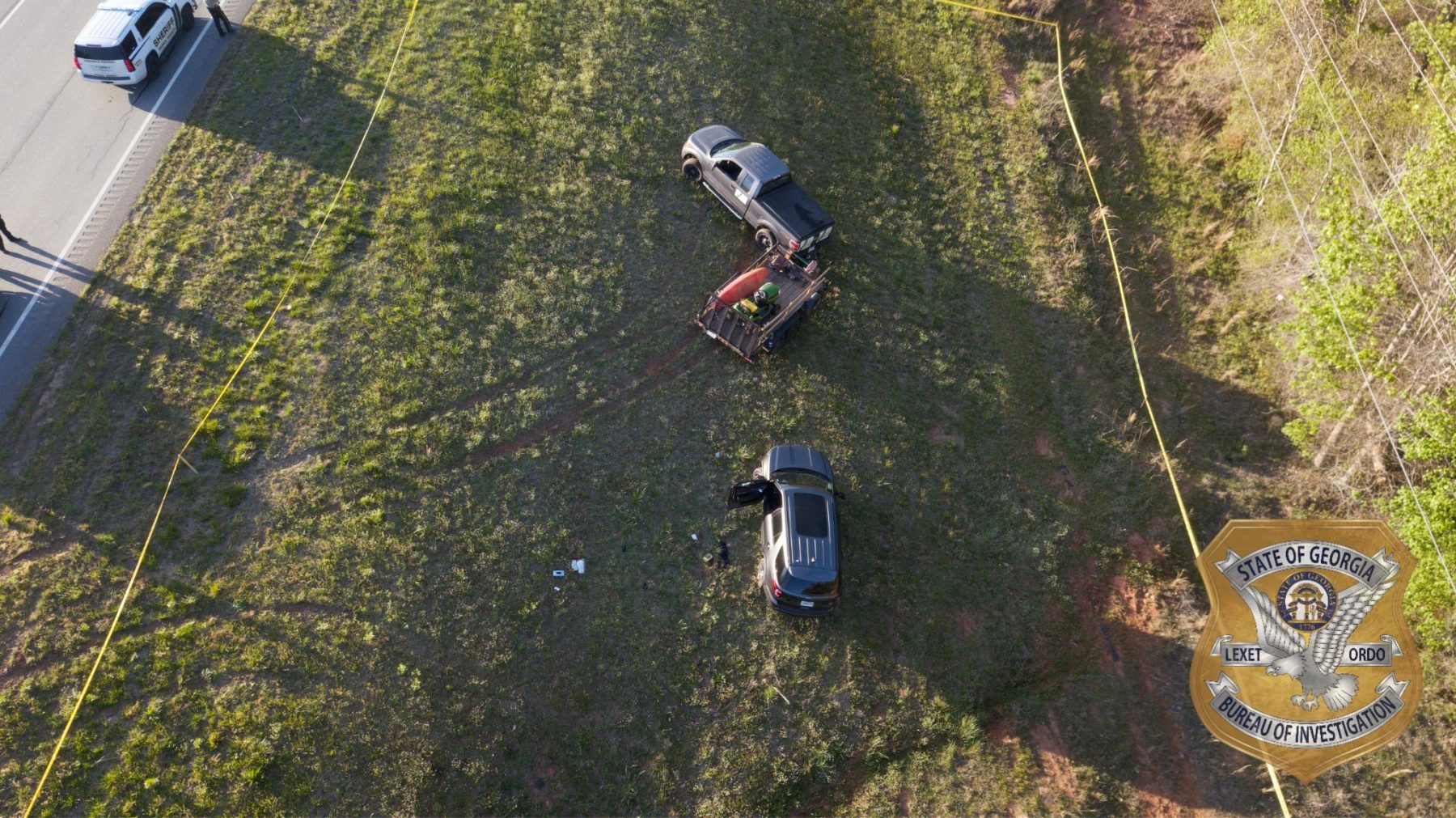 BANKS COUNTY, Ga. – The GBI is investigating an officer involved shooting in Homer, Banks County, GA. The Banks County Sheriff’s Office asked the GBI to conduct an independent investigation on April 14, 2022. One man is shot. No deputies were injured.

The preliminary information indicates that a Banks County Sheriff’s Office deputy was driving northbound on US Highway 441 in an unmarked police SUV when a speeding truck started to pass him.

The deputy flashed his emergency lights. At that moment, the truck, which was also towing a small trailer, swerved into the deputy’s lane.

The two vehicles did not collide, but both left the highway and came to a stop on an embankment. The driver of the truck, identified as Eric Edward Webb, 43, of Franklin, NC, got out of the truck with a hatchet in his hand.

Webb began beating on the deputy’s driver’s side window with the hatchet, breaking the glass.

The deputy fired at Webb while still seated inside his SUV, striking him multiple times. Webb was taken to a nearby hospital where he is being treated for his injuries. The Georgia State Patrol assisted with this investigation.

The GBI will conduct an independent investigation. Once complete, the case file will be given to the Piedmont Judicial Circuit District Attorney’s Office for review.