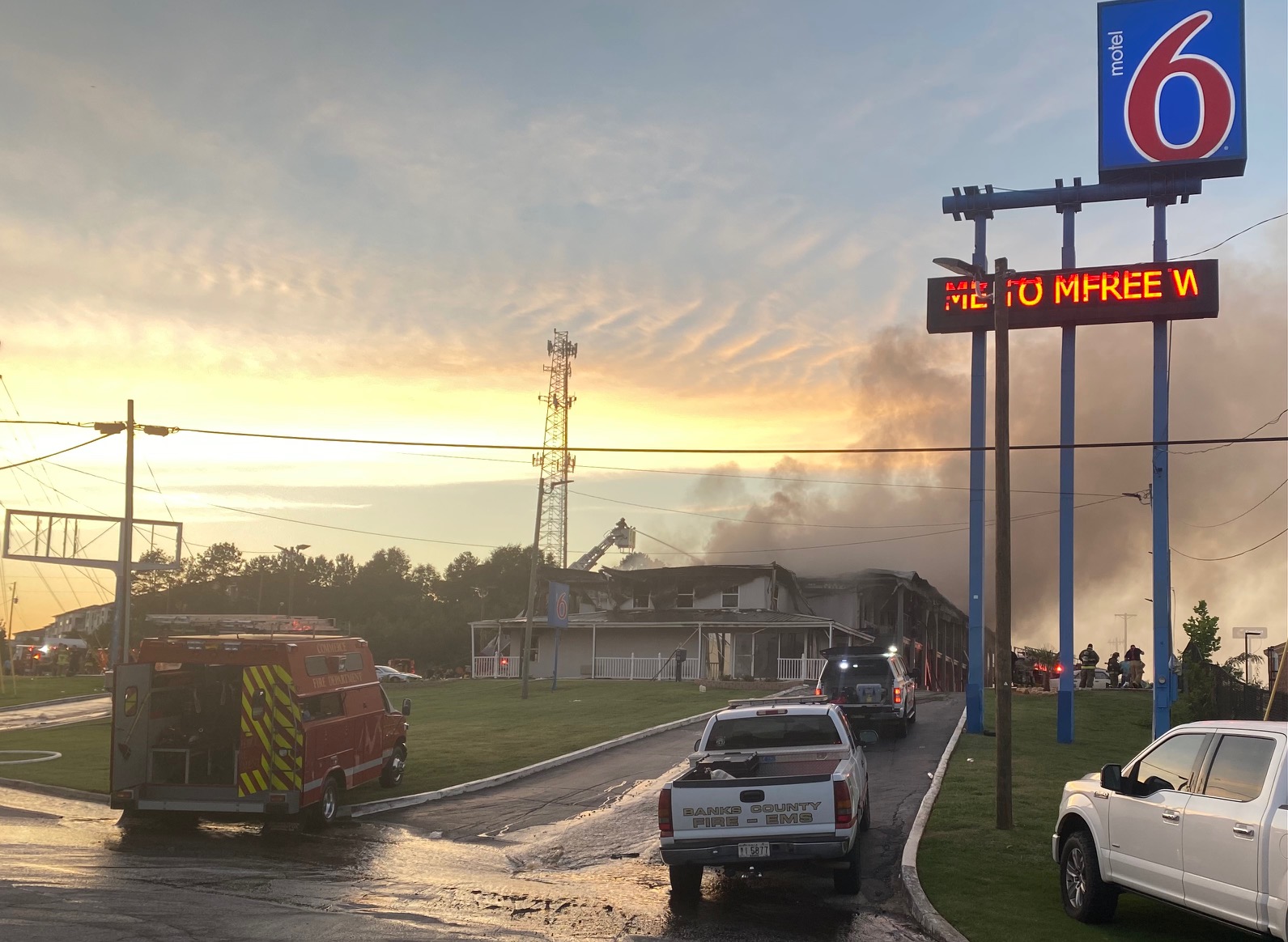 BANKS COUNTY, Ga. – Motel 6 behind RaceTrac burned up in Banks Crossing on June 20. Hoses were strewn about Monday afternoon while multiple different fire departments tackle the Motel 6 fire. At the same time, more trucks came and went, transporting water and equipment for hours.  No injuries have been reported at this time. 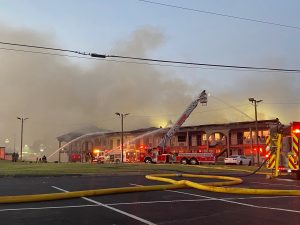 The structure apparently had a tin roof, which leads to the trapping of heat. Also, one Carnesville Fireman said that even when the major fires within the rooms, smaller fires underneath roofing still burned.

Because the motel consists of multiple rooms, the firemen had to open them individually and try to extinguish each one.  Meanwhile, groups of other Fire Dept. personnel sat in the parking lots, resting, drinking water, and cooling down.

It is possible for fires to continue smoldering or even reigniting over the course of even 24 hours in some cases. The building was devastated. Charred pieces fell from the roof as the high-pressure hoses shot down into the flames.  Water went everywhere as hoses were operating from both sides simultaneously.

One fireman described the scene as a bit “chaotic,” and “unorganized”.  Tanker trucks were called in to refill firetrucks that were currently pumping in water. At one point, a line of firemen pulled a hose and it took a number of minutes for the water to eventually start pumping. 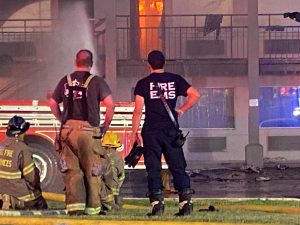 Banks County Sheriffs blocked multiple roadways and entryways to make way for incoming and outgoing EMS vehicles and fire trucks. People stood around and watched as the departments worked, putting the flames out one by one.  Some would re-ignite almost immediately after being sprayed with heavy waterflow. They were making headway, however.

It had been burning for hours but it seemed that the majority of the heaviest flames had been extinguished. The smoke billowed a softer gray as the sun set, as opposed to the thick black pillars seen earlier. Motel 6 burned into the night, another fireman saying there was a chance it could flare up another four or five times.

One fireman recalled a man who said he had just checked in 20 minutes prior to the fire alarms sounding.  Unfortunately, he left his belongings behind.

The fire damaged the structure heavily, the top floor of the two-story motel taking the brunt of the damage.  EMS transported two firefighters to the hospital due to heat exhaustion but both were released. What started the fire is still being investigated and state investigators will be coming in Wednesday to assess the cause. 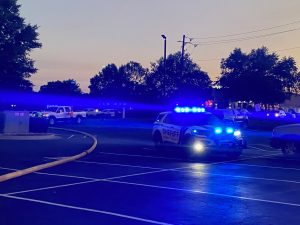 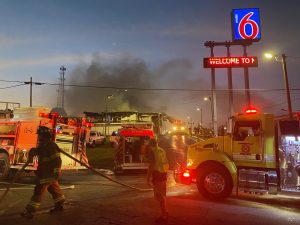 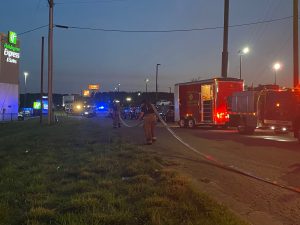 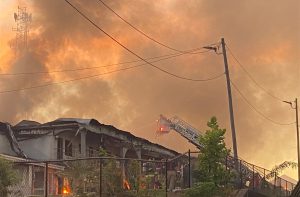 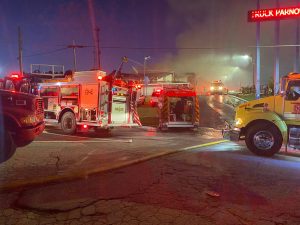 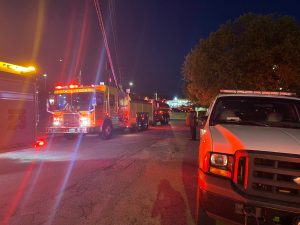