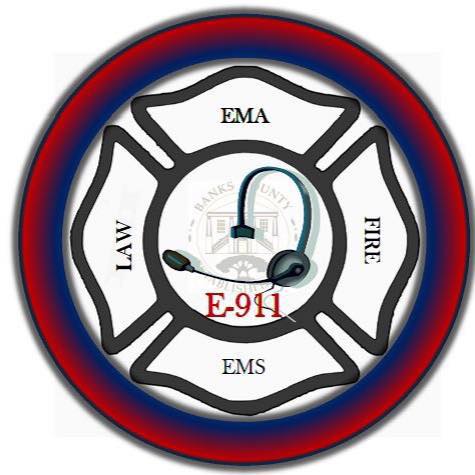 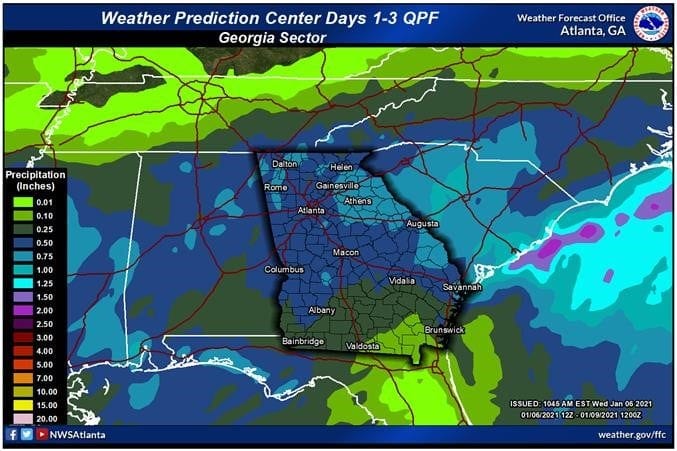 =========
From: Lauren Reaves – NOAA Federal
Sent: Wednesday, January 6, 2021 2:34 PM
Subject: [! Wednesday 230 PM Update !] Wintry Precipitation Possible Across North Georgia Late Thursday/Friday
Good Afternoon Partners,
What’s Changed: Overall, little has changed from the previous forecast. A brief period of freezing rain may be possible across the highest peaks late on Thursday before transitioning to snow. Accumulations around 1 to 2 inches are still possible across the higher elevations late Thursday into Friday.
Overview:
• A low pressure system will bring rainfall to much of the area beginning on Thursday afternoon.
• Potential remains for rain to mix with snow before transitioning into snow across portions of northern Georgia late Thursday, lingering into the day on Friday. In addition, some of the highest peaks may see a brief transition to freezing rain before switching to snow late Thursday evening.
• The mountains across northern Georgia have the highest potential to see this rain/snow mix and the highest potential for accumulating snow (around 1 to 2 inches) late Thursday (after about 6 PM) through Friday morning (around 9 AM) as temperatures at and below freezing will be possible. Accumulating snow on roadways may cause slick or hazardous road conditions. NOTE: These areas (and amounts) are subject to change with future forecasts!
• Across the rest of northern Georgia (generally north and west of I-20/I-85), periods of a rain/snow mix will be possible overnight Thursday and into early Friday, but air temperatures are forecast to remain above freezing restricting any accumulations, limiting impacts across these areas.
• Precipitation looks to end by the early afternoon on Friday.
Please see the graphics below for more information.
Thanks,
NWS Peachtree City/Atlanta Decision Support Team
Banks County weather Winter